The Brigade Celebrates the First OOC Event of the Year...The Stormwind Safari! 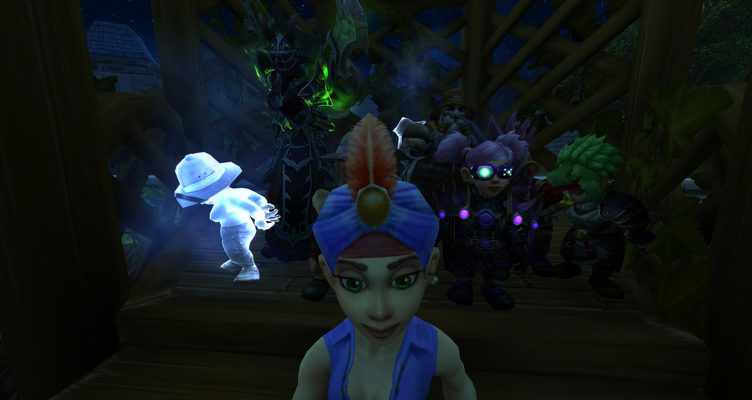 The denizens of Stormwind were unprepared for the antics that were about to be unleashed upon them. The Steelgrasp Stormwind Safari kicked off last night from the Stockades (because we all deserve to go to prison).


What ensued could be best described as a far-ranging game of mario party, if the game cartridge was drunk. Participants "competed" for points, which later turned into DKP, which later turned back into points, in the hopes of accruing the most for large sums of gold that were handed out at the end of the night.

Below are some of the party games the participants were unfortunate enough to endure:
-A race across Stormwind City, but the last place player gets the most points.
-A challenge to get as many players to flex for you in a screenshot.
-A backwards selfie race through the Stormwind cemetery and the GAZEBO OF LOVE.
-A scavenger hunt for the most hourglass-shaped people in the city.
-Blind dates with strangers on romantic boat trips through the canals.

In the end, the top 3 winners were all people Ally managed to fatfinger additional points to. The evening was an exciting start to February, and a promise for more antics of its like in the future.

Congratulations to the 'winners'...and remember, if something seems like it doesn't make sense...well, that's the way the Safari crumbles.