The Summer Raids - The Landing to Come 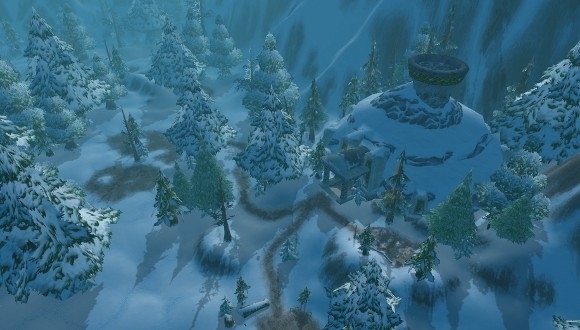 "Wednesday we gathered within the halls of Anvilmar to discuss how to go 'bout the raids to come. Especially if the Grand Alliance plans to invade northward, it is a grand opportunity we can not pass up. During the meeting a few great points were made which will not only be listened to, but followed to the fullest.

Recruitment has been mentioned first an foremost, Crura Darkmine and whoever else she deems fit will travel to Shadowforge City to seek out new recruits. Meanwhile, we will continue to further ramp up recruitment activity in Ironforge and Stormwind's Dwarven District.

New recruits and current standing members are going to need to be trained. It's 'bout time we got to that. Together we will become as tough as steel itself, an as lethal as the edge of a Dane Axe.

Finally, we discussed plans for a two pronged attack. We'll station a good sum of Kinfolk in the Menethil Harbor, an Dun Modr..."

(May need to open pictures in new tab.)

"Warriors will set sail from the Menethil Harbor to attack the enemy forces near the beaches in the Hillsbrad. Making use of the weaponry stationed on the light attack vessels we'll bombard and weaken enemy defenses ready to defend the beach.

From Dun Modr Mole Machines will deploy with warriors ready and fit for a shock and awe assault. Right from under the enemies very feet, they will attack not only mercilessly but quickly. While this happens the warriors aboard the vessels will storm the beaches.

Our ultimate goal, is to claim the Purgation Isle just off the coast of the Hillsbrad Foothills.

We will have victory in our battles to come brothers an' sisters! For Khaz Modan! For the Three Hammers!"

[What this means OOCly!]

We are in the process of not only waiting for, but laying the ground work for Battle for Azeroth. It's going to be a mighty fun expansion focused once more around the Alliance and Horde issues.

Because of this, we'll be returning our focus to RPPvP and formulating events based upon these results along the way. When Battle For Azeroth drops, there will also be a lot of PvE encounters that will hold close to the theme of Alliance vs. Horde. This allows us to use the RPPvE aspect as well in features such as Warfronts.

Topping this off, this also means that this is going to be a mighty busy expansion for us as a guild! So it's that time again to kick up recruitment efforts and spread that name of ours out there.

This way, when new Dark Iron characters are made in the drop of Battle For Azeroth,
those who wish to play that sort of Warrior Blacksmith / Crafter like we do will already have us in mind.

We'll also need to again setup events for combat training in terms of RPPvP and RPPvE.

No, not emote battles.

After all, if we're going to venture into a Horde mine with the intent to butcher them and take the ore for ourselves... then we need to be able to kill the Horde shites.